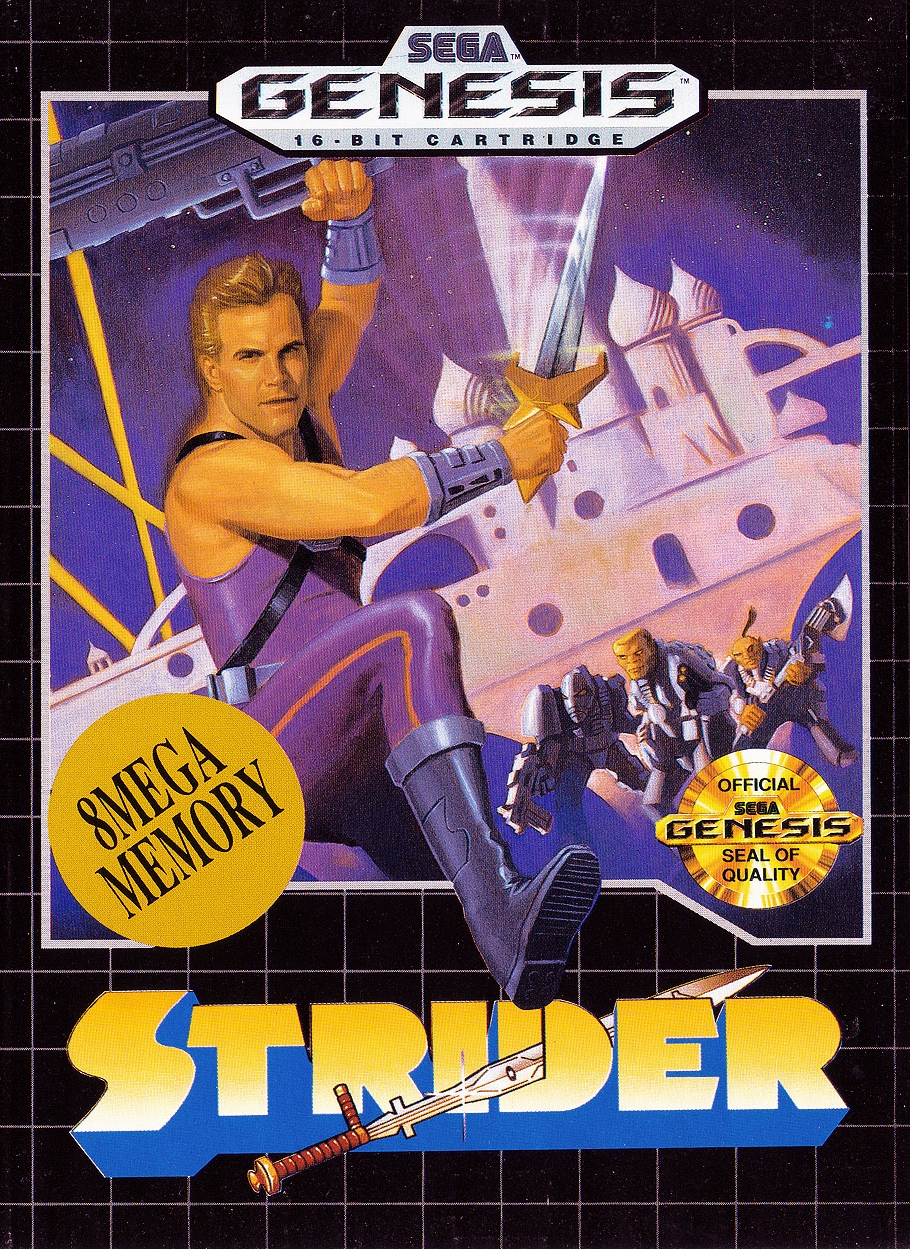 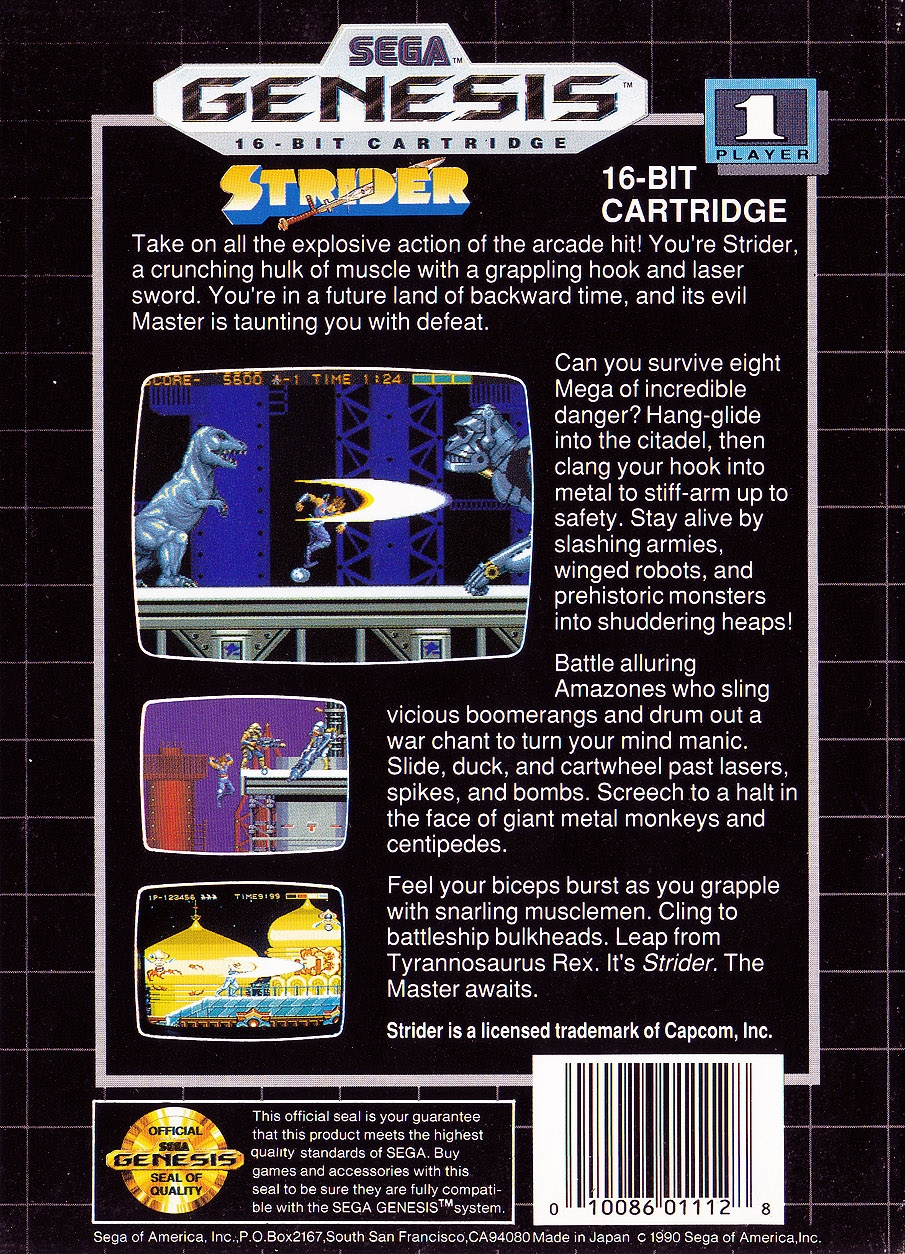 "Having made previous appearances in the arcade and on the
NES, Strider was released in 1990 for the Sega Genesis and
garnered a great deal of attention. A darling of video game
critics, it was tough to find a gaming magazine that didn't
dub Strider "Game of the Year", or bestow upon it some
other such honor. Indeed, the visuals in Strider were
absolutely mind-blowing. Never before (and probably never
after) had a game for the Genesis featured such stunning
graphics. Thankfully, Strider had some substance to back up
its visual flair." More 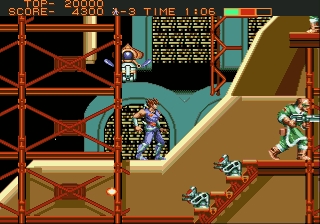 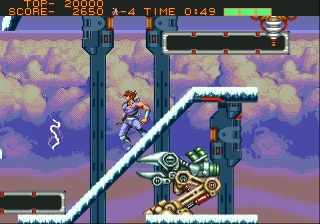 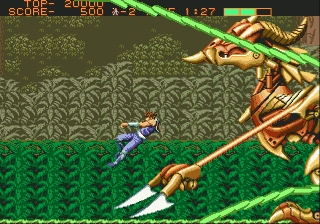 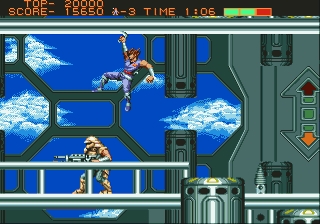 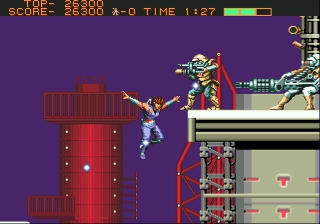 From what I understand, "Strider" was the first 8-Meg Genesis cart, but I never thought that it was quite as "visually stunning" as everyone else seemed to think. Don't get me wrong, I absolutely love the game and thing think it looks/plays very well, but: "Never before (and probably never
after) had a game for the Genesis featured such stunning
graphics" is when you take it a little too far.

"Strider", as I recall, was my first "turbo fire" experience. Before it's released I always frowned on the use of rapid fire buttons, viewing them as cheap and unfair advantages -- until my controllers buttons started to stick and/or loosen with repeated punishment that is. My best friend insisted I use the turbo feature if I was going to use his controller with games like "Strider" which actually turned out to be pretty good advice since I've killed very few controllers since.

Classic game, horrible US coverart (as usual)...great memories. "You're sending a toy into battle?" ^_^

IDK man, I can't remember anything else that beat its graphics off the top of my head. I never used turbo fire until this game either. I always thought of it as cheating, with Strider it's more of a necessity. I still rarely use it, just on a select few games like this one.

You're right about the coverart. Reminds me of the old Atari games.

For some reason, the guy on the cover has always reminded me of Joey from Full House... 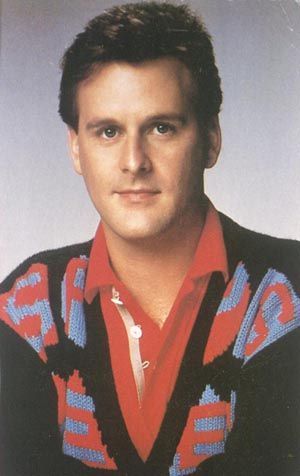 IDK man, I can't remember anything else that beat its graphics off the top of my head
IMO, Virgin games ("Global Gladiators", "Cool Spot", "Disney's Aladdin") produced some of the most visually impressive Genesis titles. There were also titles like Reno/Telenet's "Gaiares", with it's huge bosses, that really blew me away back in the day.

Strider's visuals were alright, but the games animation (or lack of) was really terrible. Even for that era.

...Strider was a great game and certainly a classic, but I can think of quite a few games that looked better like Shinobi III, Splatterhouse 2, World of Illusion, Castle of Illusion, and Rocket Knight Adventures.
__________________


There is no one you couldn't love once you've heard their story.
Mary Lou Kownacki (via Fred Rogers)

Quote:
I am a much less pantient gamer now then I was then. I beat that game as a rental when I was 13 or so, but today I die and give up.

Sadly, this moment is my first awareness of a genesis Strider...


Never did beat the NES version